Fire tube boiler is also called pot-shell boiler. It is the earliest applied in industry and has many structural forms. It is a small industrial boiler with small steam output. The fire tube boiler can be divided into vertical and horizontal according to the placement of the drum (or the shell). Both have a larger diameter drum. The inner side is equipped with the heating surface of the fire tube or the smoke tube. Heat flows through the smoke and fire pipes, and water absorbs heat outside the smoke and fire pipes. The capacity of vertical pyrotechnic tube boilers is generally very small, mostly 0.2 ~ 1.5 t / h, and the capacity of horizontal pyrotechnic tube boilers is generally 2 ~ 4t / h. These two types of boilers are mostly used for users with a small amount of steam. 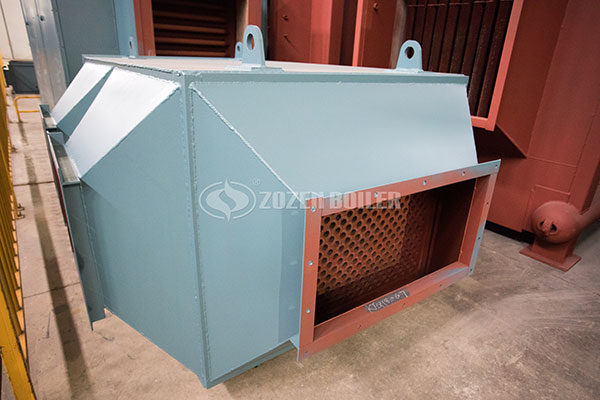 The vertical fire tube boiler is placed vertically. The hearth is located in the lower part of the shell. The grate is circular. The heating surface is around and on the top of the furnace. The convection heating surface is a smoke tube. The flue gas flows in the tube and the water is outside the tube. when the boiler is running, the burning flame first flushes the furnace tube, and the flue gas enters the first group of smoke tubes through the tube of the furnace tube. After the front smoke box is folded back to the second group of smoke pipes, it is collected in the rear smoke box through the chimney outlet and discharged from the chimney. The lowest part of the boiler is the furnace bladder, which is surrounded by a water-containing space and also a radiant heating surface. Above the hearth is a water- and gas-containing space. After the water in the boiler is heated, the steam-water mixture with a lower density rises, and the steam naturally separates in the upper space, and then is discharged from the outlet; while the water with a higher density flows down near the wall of the boiler shell, forming a water cycle in the boiler . 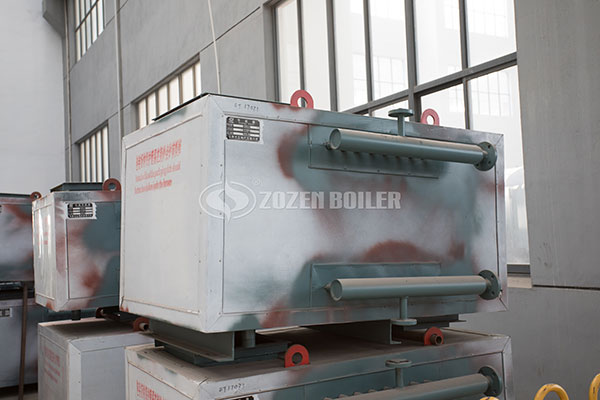 The advantages of this boiler are: small footprint, convenient installation, movement and maintenance, large water volume, and small pressure and water level fluctuations after starting. In addition, this boiler does not require high water quality, and the resistance to flue gas is small. The disadvantages are: the manufacturing process of this boiler is relatively complicated, the front smoke box is too small, it is easy to block ash during operation, the heat transfer effect is poor, the thermal efficiency is low, and the steel consumption is large, so this boiler is not widely used.

Features of fire tube boilers include:

1. Compact structure, easy installation, fast and efficient use, and wide range of uses.

2. The hearth is corrugated, so that it has elasticity during thermal expansion.

3. The flame must not be too long during operation, otherwise it is easy to scour and burn the head of the second-pass pyrotechnic tube and cause leakage of furnace water.

4. Scale is formed between the tube and the outer wall of the tube, especially the scale on the rear tube sheet is difficult to remove.